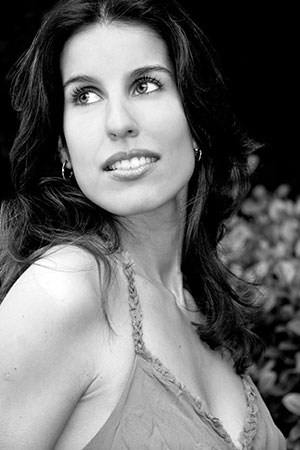 Bruna Repetto is a singer and songwriter. She started voice classes when she was 17 years old in her hometown, Porto Alegre, in the southern part of Brazil. For five years she classical performed there with OSPA, the Porto Alegre Symphony Orchestra and for weddings and choir performances.

In 2000, Bruna went to Boston – MA to study music theory, voice and improvisation at Berklee College of Music. Back to Brazil, she first graduated in journalism from PUCRS, but then decided on a career in music. In 2004, she moved to São Paulo and in 2006 graduated from Faculdade Souza Lima & Berklee  (a Brazilian music college which operates a partnership program with Berklee in Boston).

Bruna is currently teaching voice at Souza Lima and freelances singing in São Paulo. She is finishing her first Cd Called “Em Movimento”, which album she produces and sings. It includes Bruna's compositions, a version of Gershwin's "Someone to watch over me" and a song in Spanish "Soledad" by Oscar winner Jorge Drexler. The Cd has a sophisticated arrangements, a pop style with jazz harmony and Brazilian rhythms.